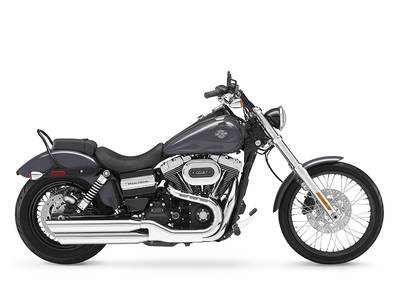 Modern day performance anchored in a style that’s never backed down from authority.

Are you ready to light the fuse?

The option of flames on the tank tells you all you need to know about the Wide Glide® motorcycle. This is old school motorcycle defiance to the core, from the wide fork straddling a 21” laced wheel to the Tommy Gun exhaust. It continues all the way back to the minimalist black wire sissy bar. Twist the wick and you learn one more thing. Not one ounce of the insubordinate attitude is just there for show.

The motorcycles in the Dyna family trace their roots to the original Harley-Davidson factory customs. Notice the powerful front ends, chromed steel details and tricked-out wheels. There isn’t an ounce of doubt that you’re looking at a rolling sculpture. But there’s something bigger at work here than a mere visual statement. These are motorcycles sprung from a long riding tradition, with a strong emphasis on the riding. Post-war bobbers. Rebellious 70s choppers. Motorcycles where the theme was riding hard and the only rule was nonconformity. The profile is long and low, built to show off plenty of muscle. The 45° V-Twin engine is the jewel at the center of the design. There is no denying the powerful message sent by such a machine. It says get in the saddle, fire up Big Twin engine, treat your ears to the most satisfying exhaust note in all of motorized transportation, then go wherever the road out of town takes you.

There is something about the steady pulse of power from an air-cooled Twin Cam 103™ engine that works its way into a rider and won’t let go. Once you’ve experienced it you understand. Nothing else in the world of motorized transportation could be as satisfying. There are perfectly rational explanations for this. The lightweight piston design and refined delivery of power. The strong driveline and bulletproof internal parts. The way engine and Six-Speed Cruise Drive transmission work flawlessly together to carry you down the highway at a relaxed, easy-riding rpm. But rational explanations never go far enough. What you feel when the power of this engine pulls you down the road toward the vanishing point is the legacy of the Flathead, Knucklehead, Panhead, Shovelhead, Evolution, Twin Cam 88 and Twin Cam 96 engines that came before. It’s something no ordinary engine can deliver.

You don’t see a lot of 21 century technology peeking through the clean old-school lines of the motorcycles in the Dyna family. That’s the point. Once the teams of engineers and industrial designers have finished building the systems that load these motorcycles up with modern function, the job is only half finished. The next step is to find smart ways to integrate it into the design without taking away from the styling cues. Take the anti-lock brakes that are either standard or available as a factory-installed option across the line. It’s one of the top ABS systems out there, and gives you the control you want in a modern motorcycle. But the real beauty is the way we streamlined the look of the hardware.

If there’s anything the unruly bunch of riders that gravitate to a Dyna® motorcycle have in common, it’s that they’re not easily satisfied. So we built every bike in the family to bridge the gap between knockout looks and uncompromising open road function. The exceptional stiffness of the chassis makes for sure-footed handling. The brakes and suspension components are top end, and the custom-style wheels roll on premium rubber designed for both durability and grip performance. A Dyna motorcycle is rolling proof that you don’t need a bike that looks like it belongs in a B-grade science fiction movie to burn through a wicked set of curves. 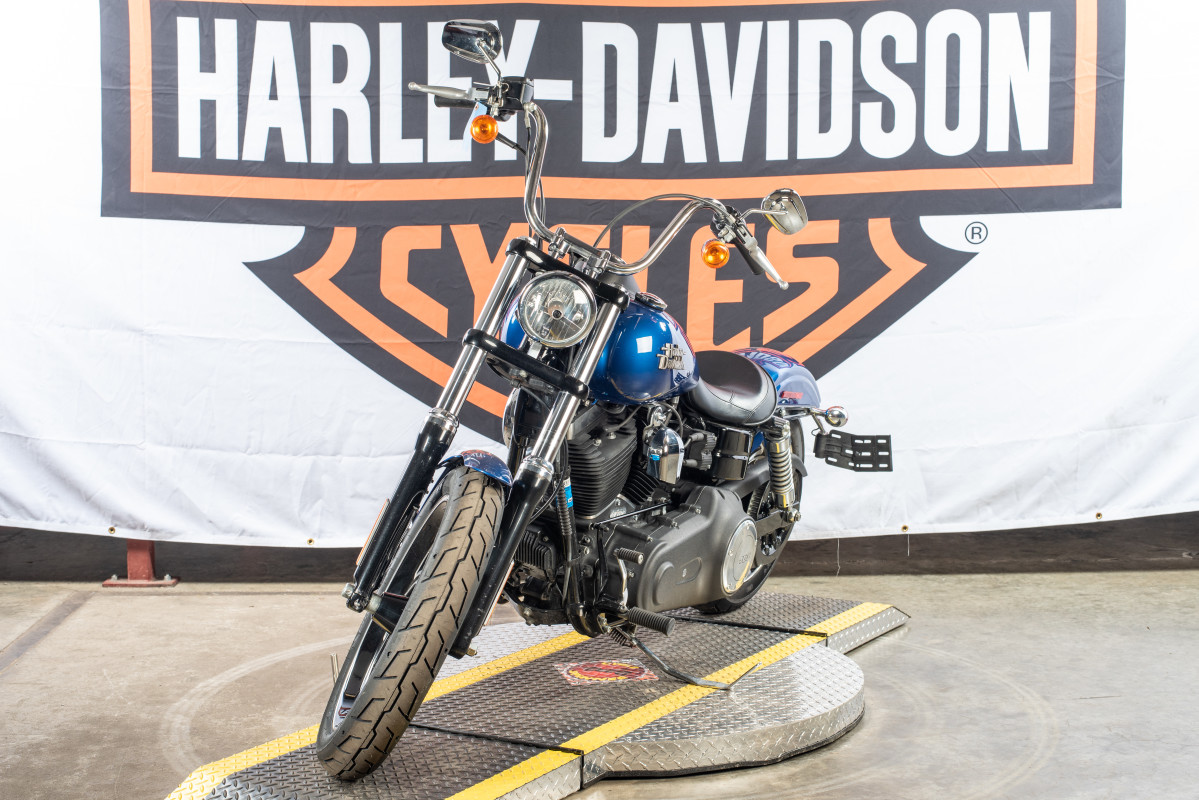 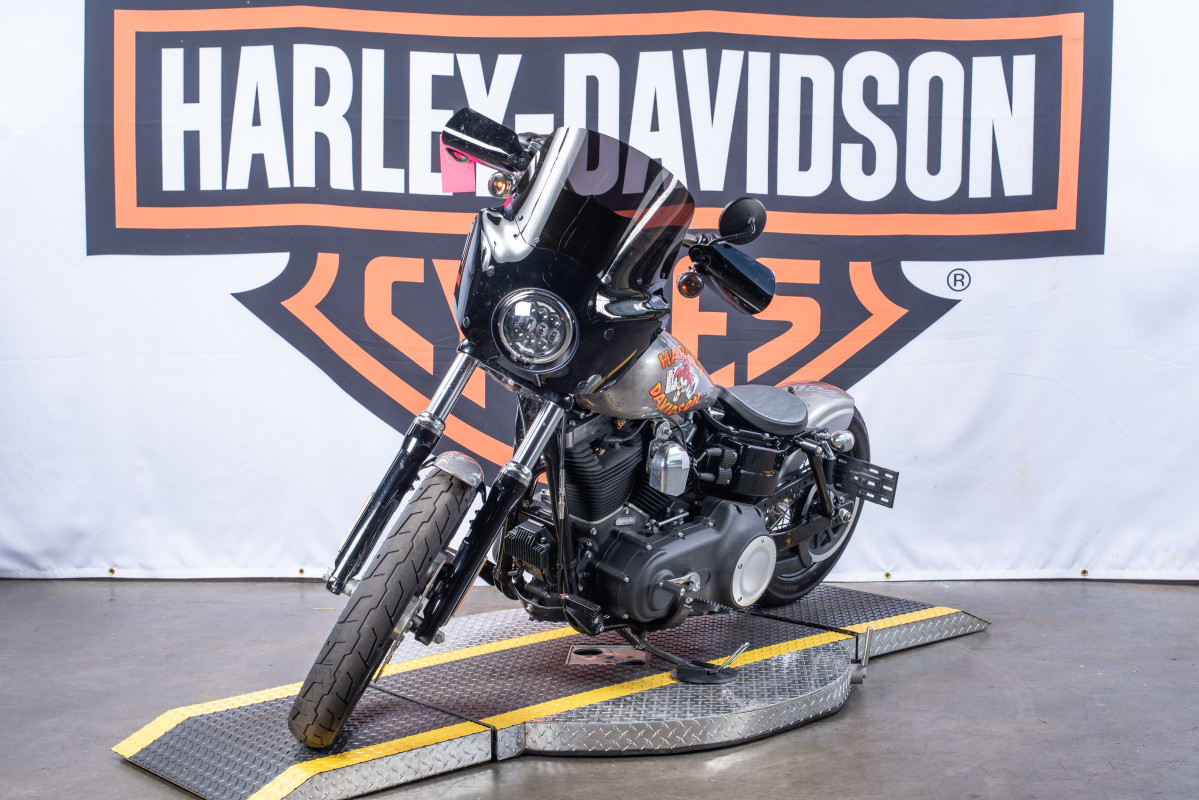 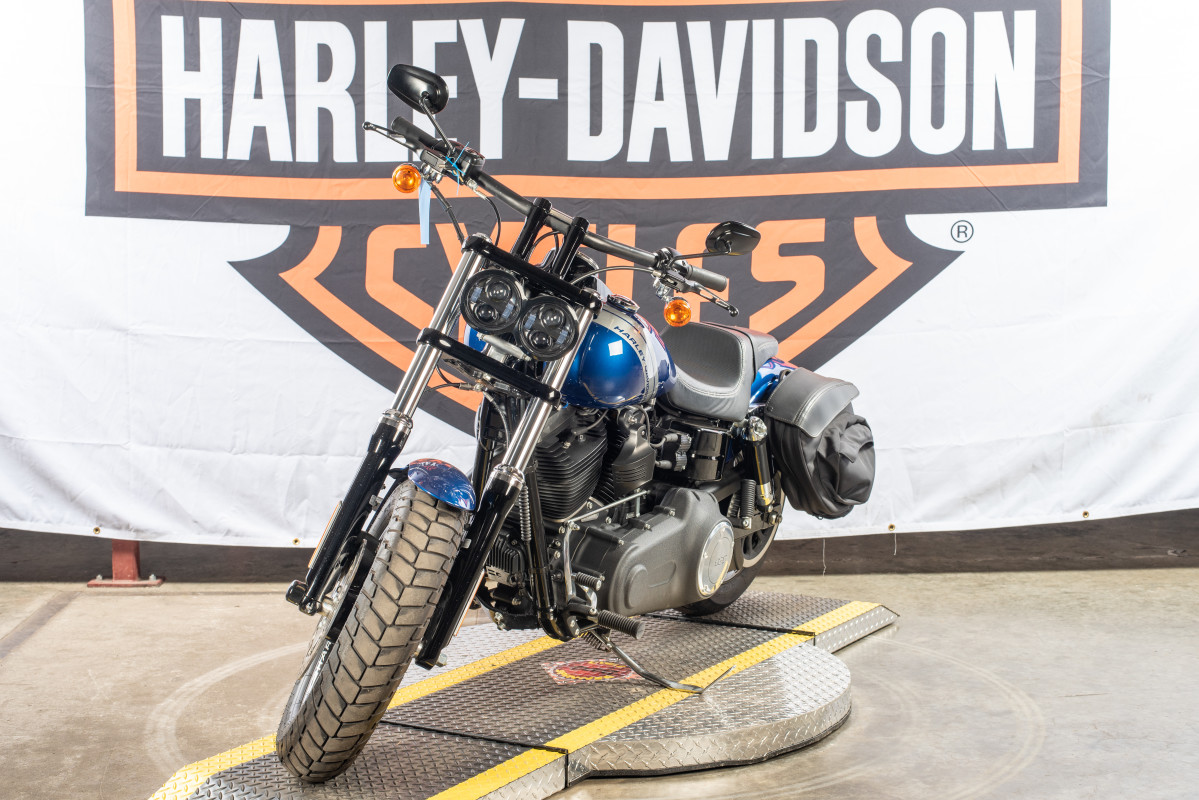 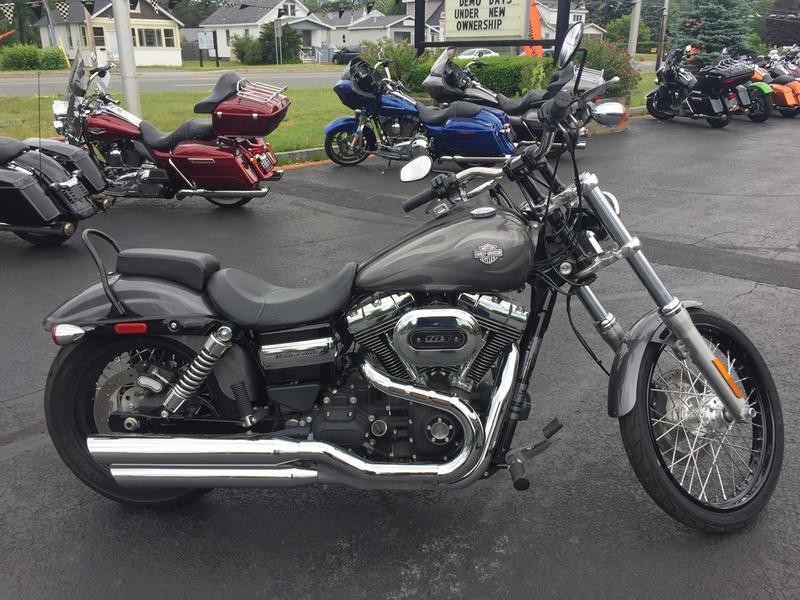 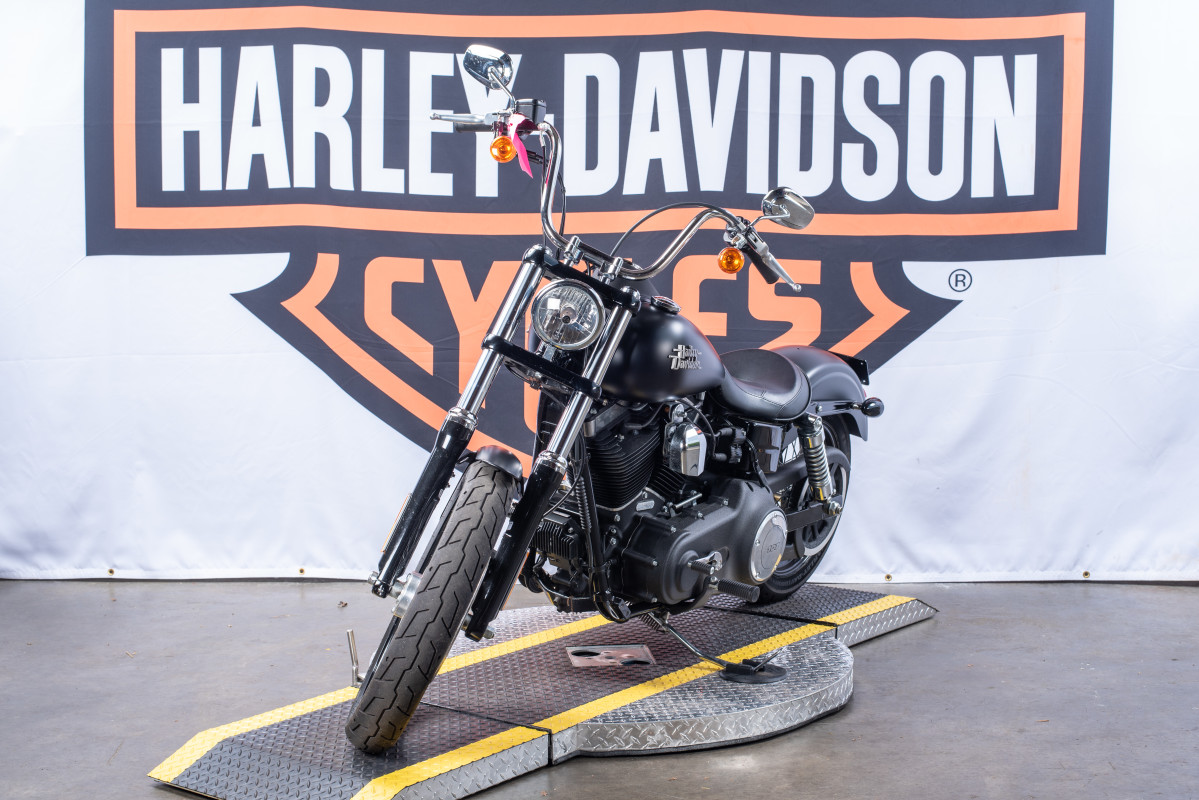